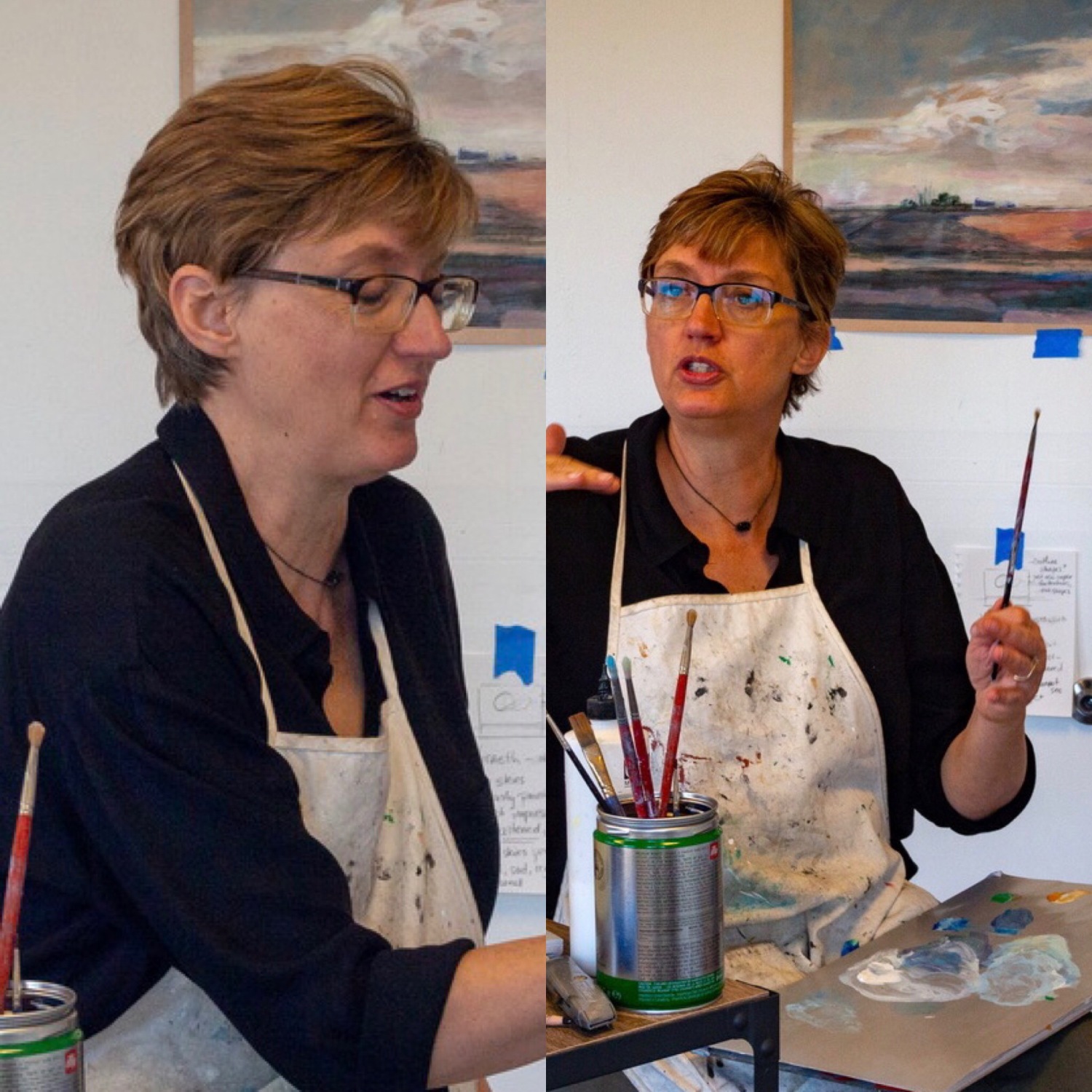 My paintings start with many layers of acrylic glazes, and I also add texture with handmade papers or other materials. Grid marks, sketch lines, and remnants of materials remain embedded in the work, so that some marks from every layer are in the finished piece.